Written by Jonathan Andrew on 6th September 2013. Posted in EUI

Written by EUI-SURVEILLE on 14th July 2013. Posted in EUI

The UN High Commissioner for Human Rights, Navi Pillay, said on Friday that the situation of Edward Snowden and alleged large-scale violations of the right of privacy by surveillance programmes raise a number of important international human rights issues which need to be addressed, noting: “While concerns about national security and criminal activity may justify the exceptional and narrowly-tailored use of surveillance programmes, surveillance without adequate safeguards to protect the right to privacy actually risk impacting negatively on the enjoyment of human rights and fundamental freedoms.”
Pillay further noted: “Both Article 12 of the Universal Declaration of Human rights and Article 17 of the International Covenant on Civil and Political rights state that no one shall be subjected to arbitrary interference with one’s privacy, family, home or correspondence, and that everyone has the right to the protection of the law against such interference or attacks.”
For more information please see the full press release at the OHCHR:
http://www.ohchr.org/EN/NewsEvents/Pages/Media.aspx?IsMediaPage=true&LangID=E

Shifting US perceptions on counter-terrorism policies and the NSA's surveillance programmes?

Written by EUI-SURVEILLE on 12th July 2013. Posted in EUI

A recent poll by the Quinnipiac University suggests a shift in US’ voters perception on the US’ counter-terrorism policies. “In a massive shift in attitudes, voters say 45 – 40 percent the government’s anti-terrorism efforts go too far restricting civil liberties, a reversal from a January 14, 2010 when voters said 63 – 25 percent that such activities didn’t go far enough to adequately protect the country. There is a gender gap on counter-terrorism efforts as men say 54 – 34 percent they have gone too far and women say 47 – 36 percent they have not gone far enough. There is little difference among Democrats and Republicans who are about evenly divided. Independent voters say 49 – 36 percent that counter-terrorism measures have gone too far”. The survey also asked whether respondents supported the recently disclosed Mainway ‘caller records’ database, that stores metadata of all telephone conversations in the U.S. While the question was slightly leading (“Do you support or oppose the federal government program in which all phone calls are scanned to see if any calls are going to a phone number linked to terrorism), a small majority (51%) supported the programme. Democrats (58%) overall supported the programme more than Republicans (49%). A small majority (54%) found the programme to be “necessary to keep Americans safe” as well. Among democrats this number rose to 64%. At the same time, the same small majority (53%) thought that this programme could be seen as “too much intrusion” into Americans’ personal privacy. Democrats were significantly less likely to find this an intrusion (40%) than Republicans (56%) The Quinnipiac University surveyed more than 2000 registered voters in the United States between the 28th of June and the 8th of July 2013. The answers to the last poll-question are in line with an earlier poll of the PEW research centre in June, where 56% of the surveyed Americans agreed that it was acceptable that the NSA “got secret court orders to track calls of millions of Americans to investigate terrorism”. The PEW numbers revealed a clear partisan shift in attitudes towards the NSA’s surveillance programmes. While 75% of Republicans found these programmes to be ‘acceptable’ in January 2006, only 52% did in June 2013. Democrats on the other hand did not find these programmes acceptable in 2006 (61%), while only 34% did not find these programmes acceptable in June 2013.

Written by EUI-SURVEILLE on 13th April 2013. Posted in EUI 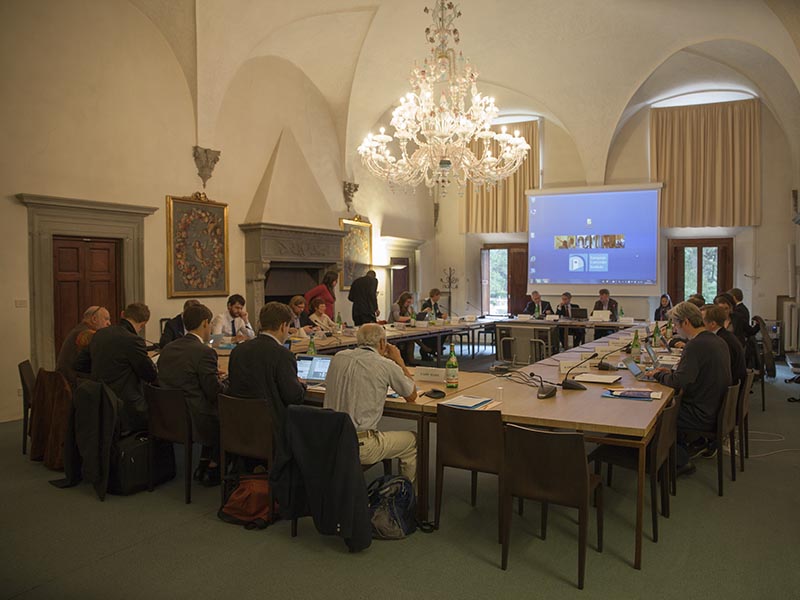 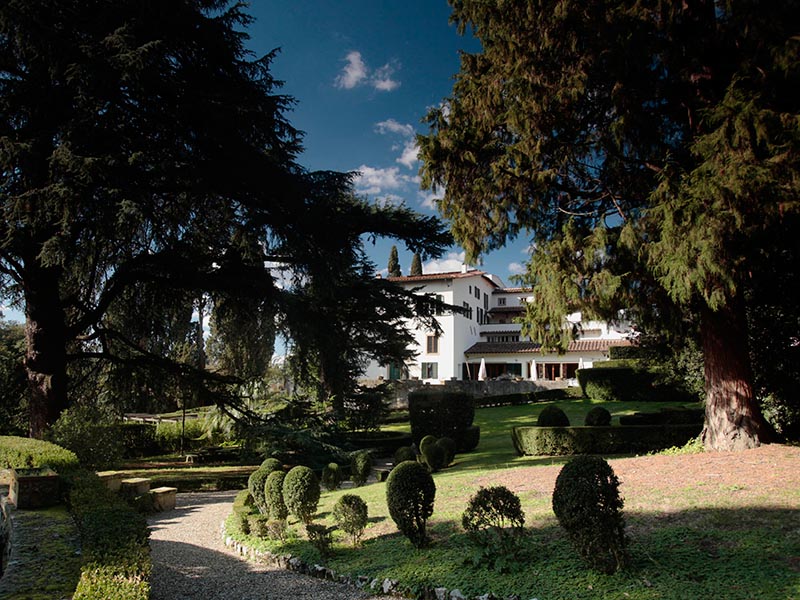 On the 9th and 8th April 2013 the SURVEILLE project meeting took place at Villa La Fonte at the EUI in Florence, Italy. Professor Martin Scheinin, Coordinator, and the Project Partners and invited external experts discussed the progress of the project’s work packages. The two-day event provided great insight into the achievements of the project thus far, and provided scope for a valuable exchange of information and perspectives between delegates.

Written by EUI-SURVEILLE on 29th January 2013. Posted in EUI

Thursday 24th of January 2013 – a French court (Tribunal de Grande Instance de Paris) ordered Twitter to remove the anonymity of Twitter users posting racist tweets. The case started in November 2012, when a few French associations acting against racism, notably the Union des Etudiants Juifs de France [in French] (French Jewish Students Union – UEJF) and the Association J’accuse – action internationale pour la justice, took legal action against Twitter in France. These associations asked Twitter to identify people posting anti-Semitic and racist tweets in order to permit the French Justice system to condemn them. Notably, those who were using the hashtags #Unbonjuif (a good Jew) or #sijetaisnazi (if I were Nazi). At the first hearing of the case [in French], Tuesday 8th of January 2013, Twitter’s lawyer Maître Alexandra Neri declared that “Twitter’s data are collected and stored in the United States”, by Twitter as an American company subject to US law, and not to French law. In her defence speech, Maître Alexandra Neri also asked to the Court if “[Twitter] is subject to the law of all countries where it is used?”. Finally she noted that Twitter cannot give access to its data without the authorisation of the US courts, and she argue that in this kind of situation, the French judiciary must ask to the US to seize the data and to transmit it. In addition to the legal side of this case, there is a growing political side; indeed, some French politicians picked the case up. The French Junior Minister for the Digital Economy, Fleur Pellerin, declared that Twitter must conform to the European legal system and human rights [see notably the two last paragraphs of her portrait in The New York Times]. Also, the French Minister of Women’s Rights and Government spokeperson, Najat Vallaud-Belkacem, who has published an opinion column in Le Monde [in French], asked Twitter to find a way to control users’ publications with racist or homophobic content and warned Twitter against future possible legal action in France or in Europe. A first official meeting is scheduled for the 8th of February 2013 between Najat Vallaud-Belkacem, the French Minister of Women’s Rights and Government spokeperson, Macgillivray, Twitter’s chief lawyer, and Del Harvey, Twitter’s Director of Trust and Safety. A few additional interested parties and associations will also participate in the meeting.